You are here: Home / Life Lessons / Failure Is The Opportunity To Begin Again…

Failure in business can be defined many ways. Maybe a product or service didn’t work, or the original idea wasn’t good enough.

There are plenty of reasons to give up, as Seth Godin points out. If you’re an entrepreneur, over time, your ears become deafened to the siren call of a normal life.

“Failure Is the Opportunity To Begin Again, More Intelligently.”

The entrepreneur is harder on him/herself than anyone else will ever be. The idea of failure becomes very personal. Do you walk away from the project and write it off ? Or do you go back to the drawing board and make it better?

If you’re stubborn as a mule like I am, once you’re invested in an idea, it’s really hard to walk away. I always think of Paul Newman quoting Vince Lombardi, who said: “Show me a loser, and I’ll show you a loser.”

Don’t give up… Failure Is The Opportunity To Begin Again

Sometimes you just don’t want to give up. Sometimes you can’t give up… you’re in it so far that there’s no way out.

Just because you hit a wall doesn’t mean you should quit. Maybe there’s a different way. “There are many ways to the mountain.”

The most successful entrepreneurs are the ones who harness their failures and transform them into something good.

The failure defines them personally and professionally — as they embark on their path towards success.

Trial and error. Better understanding. Being in the right place at the right time — whatever you want to call it.

The bottom line is that few people get it right the first time. Often it takes more than a few attempts to make a meaningful breakthrough.

Look at Steve Jobs. He was fired by his own company after one too many failed product ideas. It was only through the success of his next project, NeXT (which was purchased by Apple), that he got his old job back.

And he turned Apple into a business bigger than Exxon.

If you believe in what you’re doing, don’t take failure personally. And certainly don’t give up.

You might just be one cold-email,  one cold-call, or one conversation away from success.

How about you? Have you ever failed? How many times have you woken up in the middle of the night worried about whether or not you were going to make it? Please leave a comment below. 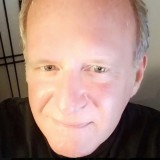 I help small businesses owners get more customers, and accelerate speed to market with new and improved products that drive revenue, and reduce reliance on owner's capital to fund growth. I'm “the guy to know when you wanna grow.”

The Small Business Owner’s Guide To Create “Marketing That Matters”

A step-by-step guide to create a brand that stands out, and produce marketing that's like a conversation. A conversation your customers really care about. You are now entering a spam-free zone ;-)

Most small business owners want better results, but they don’t know where to start. We understand. We’ve been helping small business owners improve results for 15+ years. Using a unique mixture of inbound marketing and customer development, we help our clients get more customers, make more money, and have more fun.